Land Rover Series 3 was the most common of the Series vehicles built. It was also the last leaf sprung Land Rover model made before the introduction of the 90 and 110 coil sprung models that preceded the Defender. The Series 3 was the most comfortable and refined of the leaf sprung Land Rovers. Mainly due to the more comfortable cabin and interior as well as the syncromesh gearbox that made changing from 1st to 2nd gear a single move change without the need to double de-clutch. These vehicles were also the last of the 2-wheel drive with selectable 4-wheel drive, as the later Defenders came out as permanent 4-wheel drive. Despite being newer and more refined, the Series 3 parts were almost all interchangeable with the Series 2. The engines were similar to the Series IIa but were higher compression increasing power slightly and the later vehicles after 1979 had 5 main bearing crankshafts to increase rigidity

By 1972 local content in Land Rovers had reached 44% of vehicle weight and included chassis, road springs, entire body, tyres, seat frames and upholstery, battery, fibreglass roof and all glass, by 1974 these vehicles were produced in 3 Leyland SA assembly plants .In 1980 an unique Land Rover was built in South Africa, it coincided with the introduction of the Stage 1 V8 in the UK and was called the Series IIIs or R6 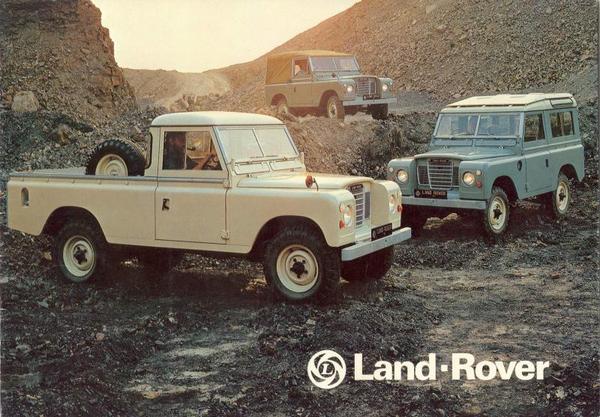 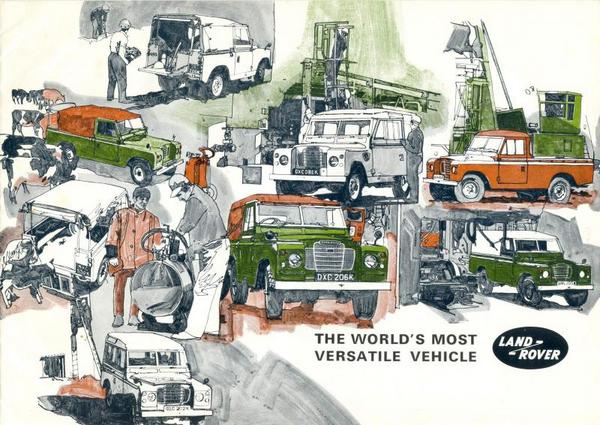 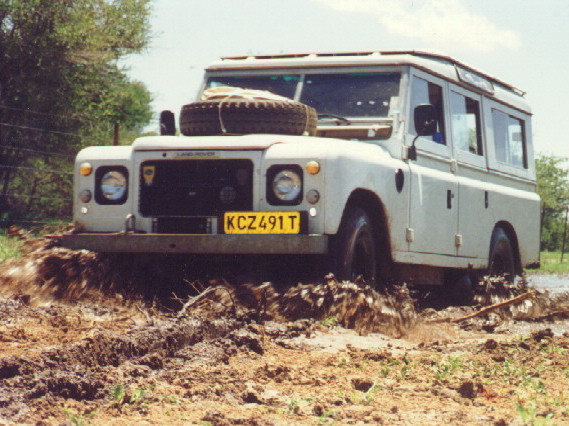 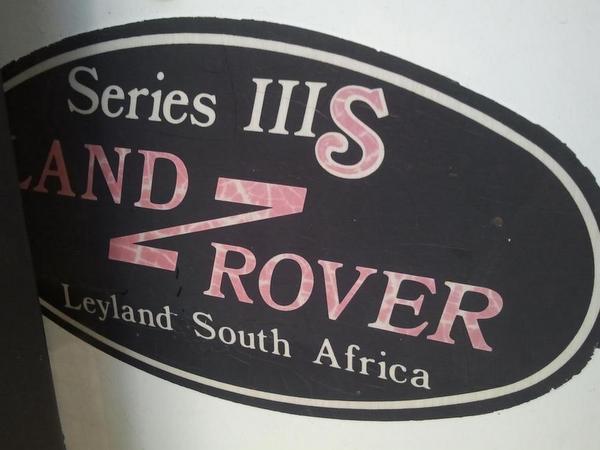 This article appeared in the June 1994 LRO “Rare Rover” relating to some of our South African Land Rover heritage.

“Land Rovers have been built in a variety of places other than Solihull ever since the 1950’s, and from time to time this series looks at some of the variants produced overseas. One the least well-known outside its native country is the South African Series IIIS, built by Leyland SA during the first half of the 1980’s and using two locally-built engines not available in Land Rovers anywhere else in the world.

South Africa has never had a motor industry it can call its own. Cars and trucks sold there have almost always been assembled locally from imported CKD (completed knocked down) kits. By the end of the 1970’s, almost all the major European and American manufacturers had assembly plants there, and among them British Leyland, located in Blackheath in the Cape. Here, Leyland SA put together vehicles from kits shipped out from the various Leyland owned companies in Britain. These assembly plants provided work for large numbers of South Africans and the system worked well until Japanese car makers launched a determined assault on the SA market in the late 1970’s. Instead of opening as assembly plants, they shipped in complete cars which they sold at prices which undercut the local products. Before long, their sales success began to pose a serious threat to the local motor assembly industry and so the government took action.

Following the example of the Australians, they imposed a 100% import tax on fully assembled new vehicles and banned the import of second-hand vehicles. Locally-built cars had no tax penalties as long as they had at least 60% local content. To meet the 60% local content target, Leyland SA had to reduce their dependence on imported components. This inevitably meant sourcing more components locally, but the cost of tooling up to replace all the imported items which would have to go, was going to be prohibitive. So Leyland SA decided to build only a limited number of the more expensive components, such as engines and gearboxes and to make these fit as many different Leyland models as possible. Models which could not be accommodated within this rationalisation scheme were simply dropped, including the short-wheelbase Land Rover.

As far as the long-wheelbase Land Rover was concerned, Leyland SA were happy to continue with the 2.25-litre petrol engine, but they also wanted much more powerful units which would enable the vehicle to compete on equal terms with the Toyota Land Cruiser. So they picked on a large and powerful locally built diesel engine and on a six cylinder petrol engine which they also intended to put in Leyland cars.

The range of Land Rovers powered by these engines was introduced in late 1980 and was known as the Series IIIS. The Series IIIS was distinguished from earlier locally-built Series III’s because it had the flush front of the Stage I V8, a model which was never sold in South Africa. It also wore special badging. Only two body types were available from the factory, one being a pick-up which could be had with all three engines, and the other a 12 seater station-wagon which only came with the new six-cylinder petrol engine (known as the R6) and the new diesel.

The new diesel was a locally-built 3.8 litre 4 cylinder known as the Atlantis or ADE4 and came with a useful 73bhp (55kW) @2800rpm and a thumping 179 lb./ft (243Nm) torque at an incredibly low 1400rpm. The R6 engine had been developed from the E6 six-cylinder, itself derived from the overhead-camshaft four cylinder BMC/Leyland E-series which had started life in the humble Austin Maxi in the late 1960’s. In the Maxi, the engine was installed transversely and drove the front wheels. It had a capacity of 1485cc and was stretched to 1748cc in 1971, in which guise it powered the Maxi 1750 and the later Allegro 1750. From 1972, a six cylinder version of 2227cc was available in the Austin, Morris and Wolseley 2200 models. This engine was the E6 and it later went on to power versions of Leyland’s unloved wedge-shaped Princess range. In Britain that was as far as the E6 went, but the design was re-used by Leyland Australia who developed a long-stroke 2623cc version for conventional installation in the Australian Marina and the ill-fated P76 saloon. It was this engine which was picked up by Leyland SA at the end of the 1970’s and redeveloped as the R6 for the local Marina, Rover SD1 and Land Rover. For South Africa it had an uprated cooling system, lower noise levels and a new camshaft. Both saloon and Land Rover versions for the 2.6 litre six had twin SU HIF6 carburettors and the same 110bhp (82kW)@2800rpm and 148 lb./ft (202Nm) of torque at 2200rpm. In the Land Rover, the engine came with an oil cooler as standards. Like the diesel, it drove through a four speed all-synchromesh gearbox of Brazilian design, which had slightly different first, third and reverse ratios from the British-designed models fitted to four cylinder petrol models.

Both the R6 and 2.24 litre petrol engines came with Salisbury axles incorporating the familiar 4.7:1 gearing, but the diesel had Salisbury axles with a final drive of 3.54:1, exactly like the Solihull-built Stage I V8.

On the road the Series IIIS in four cylinder petrol form performed very much like any 2.25 litre petrol Series III. The six cylinder model was a very different kettle of fish, however. The station wagon had a maximum cruising speed of about 130 km/h (81mph). Somewhere about 5000 examples were built before production stopped in 1985.

By then the first locally assembled 110V8’s had become available and the last of the Series IIIS models lingered in dealers’ showrooms until 1986.”