In 1948 there was just a Series 1 but now there are so many types of Land Rover - so what should you buy?
Best Classic to restore - Series 2 or 3 - They are easier to find, have spares available and really look the part
Best overlander and tourer - Defender Tdi or Td5 - Spacious, durable and comfortable enough to travel long distances but basic enouf for DIY maintenance.
Best off road play vehicle - Disco 1 or 2 - Low cost to buy, spares available and very competent off road.
Best all rounder - Disco 3 - Serious bang for your buck, decent space, luxury on road and capable off road.

The first Land Rover was a Series 1 and these models were available from 1948 - 1958 . These vehicles are not common for resale and are usually only available via word of mouth. The Landrover SWB 88" versions are the most common while the 80", LWB and PUP versions are few and far between. Most are still used functionally with only a select few restored to original condition. Spares are difficult to source and are best imported from the UK, or cannibalised off wrecks. Land Rover Series 1 models and specs

Original, restored and well maintained models can fetch prices between R 50-100 K while other non original vehicles will be valued similar to other Series vehicles. 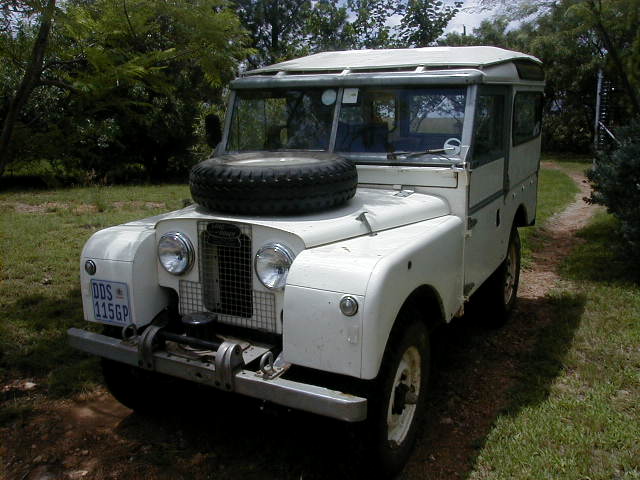 Available from 1958 - 1971 . The majority of the vehicles are IIA models, with very few if any Series II models available. They are fairly common but most of them have had a hard life and are noisy, rattle and are bumpy to drive. Complete original vehicles are very scarce as most have had engine conversions, upgrades to S III parts, and worst of all had crude modifications or repair jobs done. Coastal vehicles also suffer from chassis and bulkhead rust, but inland vehicles are usually quite good. Spares availability and cost is reasonable, except for the 6cyl 2.6l engines which are expensive and difficult to repair. Spares are available as second hand and new re-manufactured parts via independent suppliers. Land Rover Series 2 models and specs.

The Series 2 Land Rovers are becomming more popular for collectors and restorers due to their vintage looks and robust nature. Not running and partially complete vehicles will be priced from R 5K while original restored vehicles, especially the short wheel base 88" models can fetch prices well over R50 K. 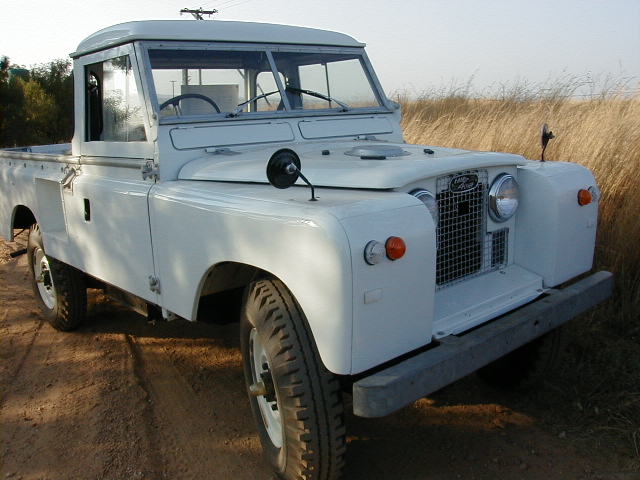 Available from 1971 to 1985. These are the most common of the series family, and are easily obtainable, mainly in LWB form and less so in SWB form. Driving comfort is slightly better than the Series II due to comfort improvements in the plastic dash and full syncromesh gearbox. Fully original late SIII's are still obtainable but the majority have undergone engine conversions and various other modifications. A later model, the SIII S or R6 was available between 1980 - 1986. Boasting bigger engines ( 6cyl twin carb 2.6 petrol or 4cyl 3.9 litre ADE diesel) and stronger and more suitably geared gearbox, they were available in S/W and PUP form. These vehicles were the most comfortable and fastest (more so the petrol) of all the series models, but the petrol engine had overheating problems, and the diesel was noisy and lacked RPM. Land Rover Series 3 models and specs. 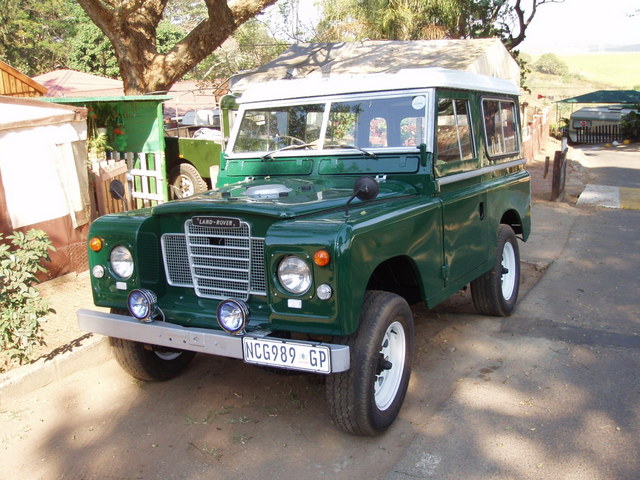 What to look for in a Series vehicle
Rusted chassis, outriggers and spring hangers, bad chassis repairs
Rusted bulkhead at window frame and footwells
Cracks in body paint due to excessive putty and overpainting
Replace the water outlet assembly Part number 1357091
Cracked or sagging springs, lean of vehicle
Condition of rubber spring bushes (in spring & in chassis)
Condition of electrical wiring & safety thereof
Originality or workmanship of engine, gearbox, seats & dash modifications
Grating gears on selection, jumping out of gear and slipping clutch
Pulling sideways or jerking on braking
Is the vehicle complete or are there parts missing, very NB for Series 1 and 2s

Available from 1985 to 1990 were 110 models, then after 1990 when the specification changed the name was changed to Defender. The bulk of early 110's had V8 engines, but 2.5 petrol and 2.5 turbo diesels were also available, utilising 4 speed gearboxes and in some cases the 5spd LT77. Defenders between 1990 and 1994 had V8 or 200Tdi engines and 5 speed LT85 gearboxes. From 1995 to 1999 the 300Tdi engine was introduced as well as a locally developed BMW 2.8i petrol engine all running through a refined R380 5spd gearbox. In 1997 the 3 year factory warranty was introduced. In 1999 the TD5 was introduced, it was slightly more refined than the 300Tdi (quieter and smoother) and produced slightly more power, however it used more fuel and had some electronic management. The R380 gearbox was slightly up rated for this new engine. In 2003 the Defender received a minor upgrade, with a strengthened one piece rear door, new square style mag rims, cup holders and central locking. In 2007 Defender received another upgrade with minimal changes to the iconic body shape including the shutting off of the wind flaps in the firewall and raising of the bonnet for the new engine. The new 2.4L Puma engine and gearbox was derived from the Ford transit van. Drivetrain changes included ABS and traction control. The interior was also upgraded with a new dash console, improved heater and forward facing rear seats in D90 and 110. In 2011 a more refined 2.2L Puma engine was introduced.

Defenders have also come in a variety of special vehicles like Defender 147 and other limited edition models. Early 110's are available on the second-hand market costing slightly more than Series III's, but have newer technology in the coil springs and full time 4 wheel drive, which improve drive comfort and handling. In the Defender models comfort is further improved with power steering and in the S/W county models accessory levels are higher with power steering, aircon and interior trim. Defender 300tdi models have become quite sought after as they are the last "non electric" type engines to be manufactured and have proved to be quite reliable and cost effective to maintain. However these models usually have high mileage around 200 000 + km.
See Defender reviews page for driving impressions
Land Rover Defender History 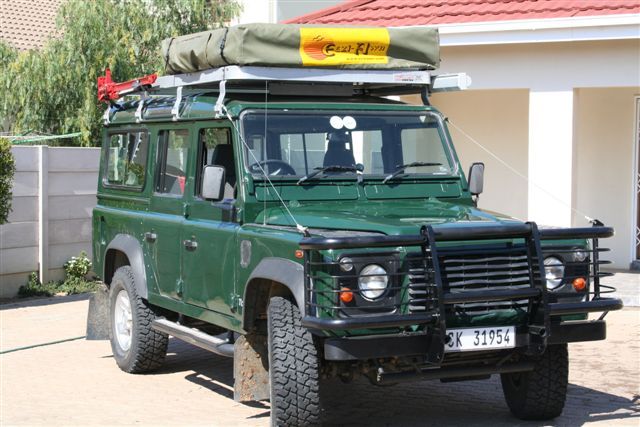 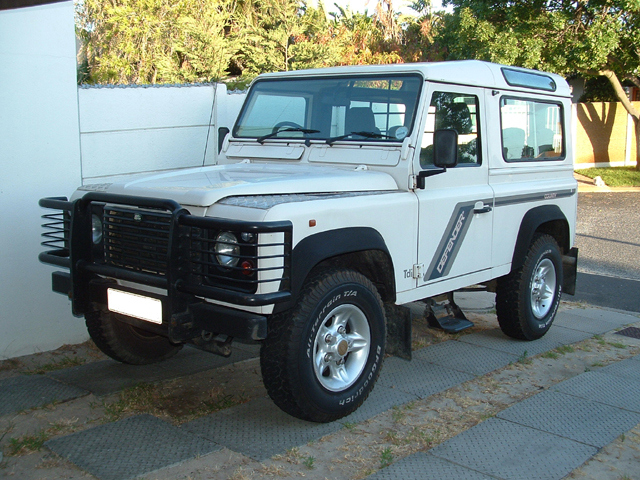 What to look or in a Defender
Transmission clunk, worn propshafts, centre diff functionality, gearbox noise
Trim condition and completeness, trim is very expensive
Suspension bushes and shocks cause a really terrible ride if they are worn.
Alloy rims look good but are not as strong as the steel rims
Oil leaks in power steering
Td5 must run very well, repair costs can be high, service history incl oil changes is a bonus.
Record of timing belt changes or lack thereof is useful.
High mileage Tdi's (over 300 000 km) may start to need engine rebuilds or replacement

Introduced in 1970, the Range Rover changed the way typical 4 wheel drives were used, it was only in 1979 when they were available in South Africa. The Range Rover drive train of coil springs and full time 4 wheel drive with centre differential was to become the basis of future Land Rovers. The majority of vehicles used the carburettor 3.5l V8. Very early models had basic vinyl and cloth trim, and were not very luxurious. In 1986 Vogue models were introduced, and took comfort to new levels with full executive specifications and bigger fuel injected 3.9l and 4.2l V8 engines. Range Rover upgraded again in 2001 and announced that they were working on and all new Range Rover Sport. The Range Rover Sport was introduced in 2006, this was a more performance driven model slotted in below the top end Range Rover, it proved successful and by 2010 it had received some upgrades. The Range Rover Evoque followed in 2011 as the baby Range Rover below the Range Rover Sport. Range Rover 2013 was once again upgraded in 2012 with a super lightweight all aluminium monocoque construction.

Early Range Rovers were once common and affordable on the second-hand market, but they are becoming fewer and fewer as more second hand Discoverys are now available at good prices. The old Range Rovers have probably seen their fair share of off road work, and can be costly to repair. Second hand spares are available at reasonable prices, but some newer parts may need to be imported. Carb fed vehicles have high fuel consumption. Range Rover models and specs 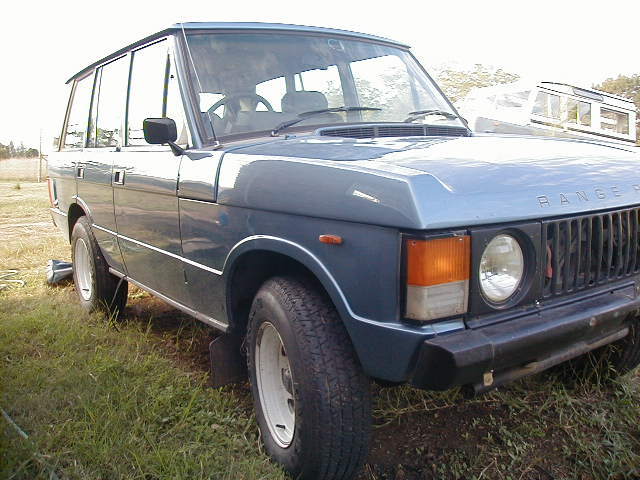 What to look or in a Range Rover
Year of manufacture and specification level, what still works and what doesn't
Rusting on rear chassis and rear of tailgate, bonnet corners and under front bulkhead
Excessive transmission noise, this is mostly minimised in automatics
4speed gearbox is clunky, 5 speed is smoother but weaker, autos are usually fine- oil must be red
Suspension bush wear and old shocks affect handling drastically but can be replaced easily
Coil springs tend to sag and may need replacement
Body damage - may be costly to repair
Worn engines often need new camshafts to restore power

The Discovery first became available in 1990, and quickly grew to become the most popular Land Rover to be seen on roads in South Africa. Based on the chassis of the Range Rover, the Discovery combined exceptional off road ability with road comfort. Since its introduction, the vehicle had three main eras: '90-'94 V8 3.5l, or 200Tdi engines and LT77 and LT77S 5 speed manual and ZF auto on V8; '95-'98 V8 3.9l or 300Tdi engines and R380 5 speed manual or ZF auto gearboxes; '99-'04 Discovery SII completely revised vehicle with new TD5 engines and revised V8 engines, improved gearboxes and many other electronic traction control, handling and safety features. These vehicles look and feel more stable than the Discovery 1. 2005 sees the introduction of the completely new Discovery 3 which has a completely re-worked chassis, new styling, interior and new engines. In 2009 the Disco 3 got some engine and cosmetic upgrades and changed name to Discovery 4. The Discovery 3 and 4 have proved their credentials by being one of the most popular and capable Land Rovers made to date.

Secondhand Discovery's are a good buy especially ones that have seen little off road work. The V8 models are more plentiful and cheaper than their diesel counterparts, later Diesels, after 1996 are better with increased power output, with the post '99 Td5s delivering the most output. The later Discovery vehicles after '99 also have improved . However it is the Discovery 3 and 4 that is really the best buy as they have proven their reliability and versatility.
See Discovery reviews page for driving impressions
What to look out for - Discovery 3 buyers maintenance guide 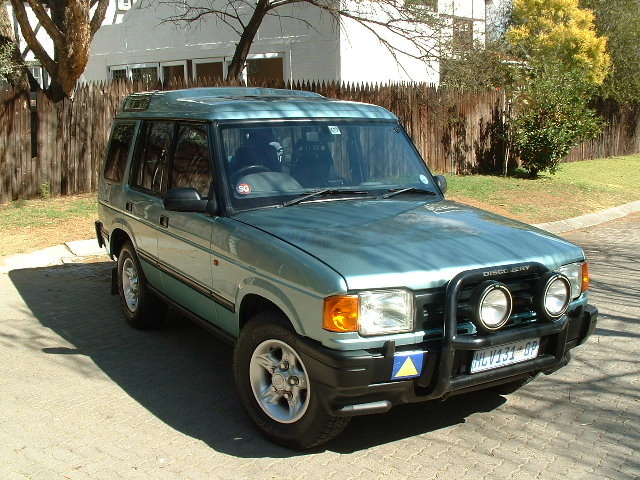 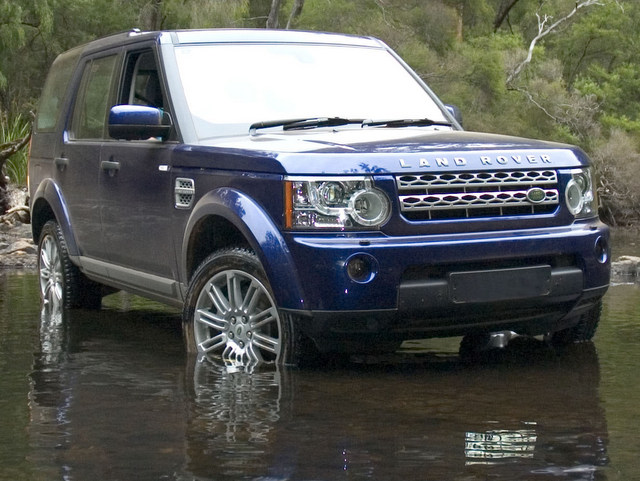 The Freelander has been very successful in South Africa, and has become the best selling vehicle in the Land Rover stable. Launched in 1998, 3-door and 5-door versions are available with either 1.8i petrol engine or 2.0 turbo diesel. In 2001 the Freelander received an upgrade in the form of more powerful Td4 and V6 engines. In 2004 the Freelander received a much needed face lift and interior restyling. Solidly built and fun to drive with electronic traction control and no transfer box for lower gearing, means that these vehicles are light off roaders. In 2007 the Freelander 2 was introduced with an all new body shape and significant improvements to the engines, drivetrain and overall reliability of the vehicle. This new model put has put the reliability issues of the Freelander 1 to bed and becaome an extremely popular vehicle. Freelanders are readily available on the second hand market.
See the Freelander reviews page for driving impressions 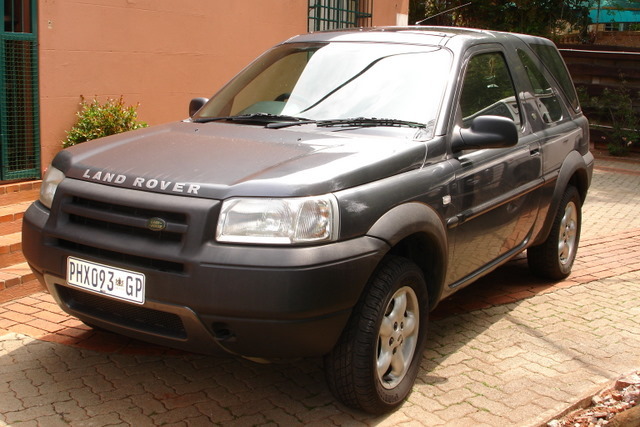